As an alternative and opposition to a local plan from 1988 for a new national football stadium in Copenhagen, where the main idea was to turn the stadium 90 degrees, three guys – Palle Bondrup, Albin P. Nielsen and myself – created and proposed a model for a new stadium, that was not turned the 90 degrees. The reason for turning the stadium was, that the boulevard Øster Allé was too close to the stadium. We thought, that it might be possible to build a tribune with spectator seats above Øster Allé.
The only way to prove that it could be done, was to create a model – in this case a scale 1:200 model.
The Polaroid photo shows how the alternative plan creates a tunnel and colonnade at Øster Allé.
Our main reason not to turn the stadium was, that a 90 degree turn of the stadium would come too close to Lægeforeningens Boliger – a protected residential construction from 1854 – and shade the buildings and the outdoor areas from the sun.
Our alternative was of course not accepted. In 1992 a stadium – turned 90 degrees – was inaugurated with a football match between the newly crowned European champions, Denmark and the reigning world champions, Germany. Result 1-2. 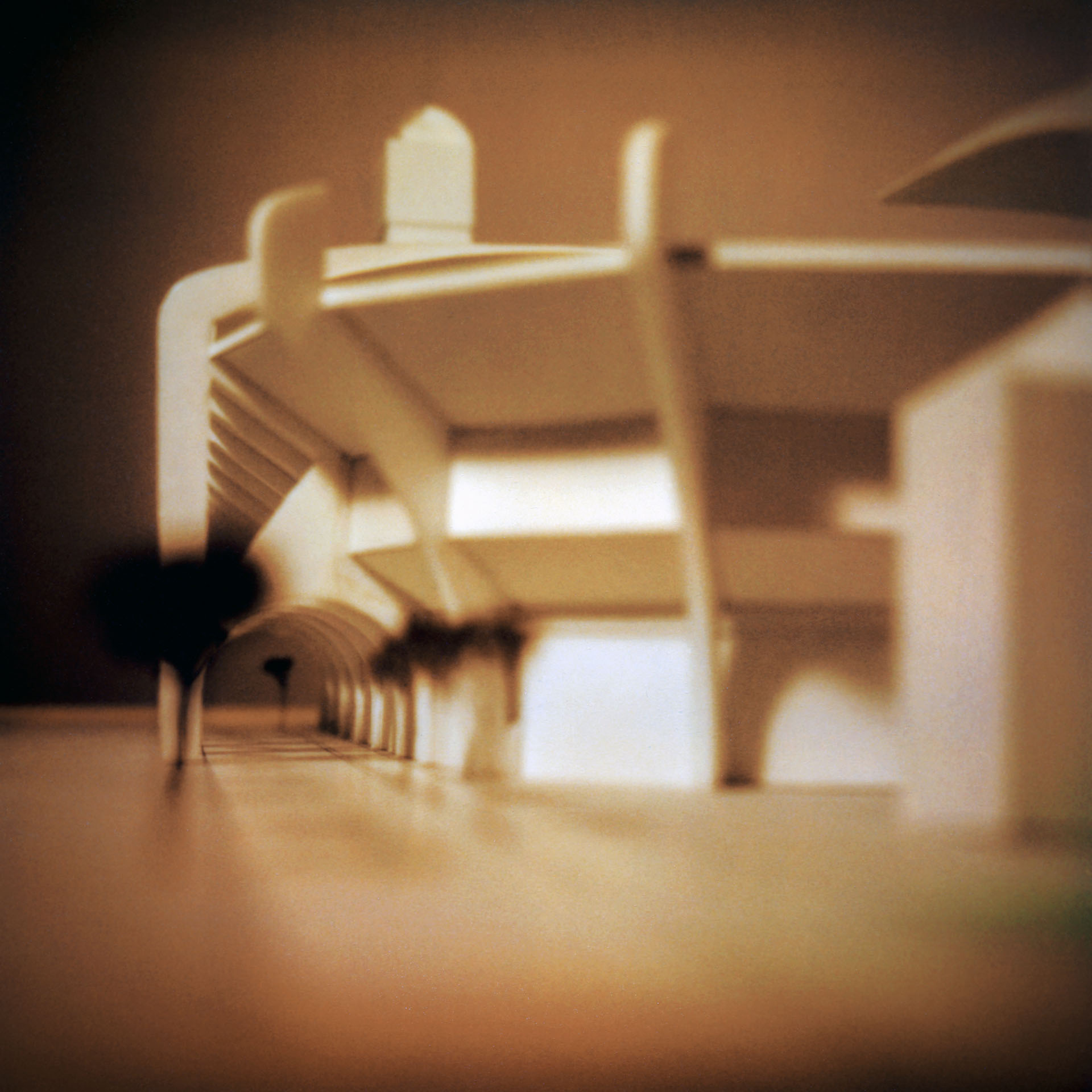